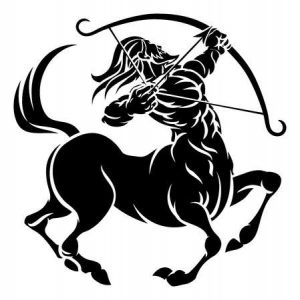 I hear lots of people say that 2019 is going to be an amazing year. I know that must feel like a beacon of hope for a lot of people; 2018 was a tough one for many.

But, how do we know that this year will be better? Is it possible to foretell what sort of year is ahead?

Sometimes, I like to look at the astrological events going on that might impact our experiences here on Earth. I don’t claim to understand it all, but I like balancing the mundane earthly events that we give so much credence to with the heavenly influences of the surrounding universe. I like to believe that there is more going on than what I can see; that there are forces greater than my own at work. It gives me a broader perspective.

So, if this interests you at all, here’s what I understand about the year ahead:

* The most beneficial of all the planetary transits in 2019 is Jupiter in Sagittarius. That’s because…

* Professional astrologers call Jupiter ‘the great benefic’; meaning it is the most beneficial planet in our solar system. And because…

* Jupiter’s home is Sagittarius, and when a planet is in its home sign we get the best that planet can offer.

That tells me that there is no better time than this year to turn dreams into reality. The entire Universe is behind me. I know from my past that my dreams – the repetitive thoughts that will not give up residence in my brain – are what steer me to live a life of purpose; give me a reason to get out of bed each morning (even on these cold mornings!). I also know equally well that ignoring my dreams and aspirations is what alienates me from myself, leading to all sorts of unwanted feelings and outcomes.

And I suspect I’m not alone in this.

You’ve probably seen images of Sagittarius, the archer. Depicted as half horse, half man, he lives in unity with both his animal and divine natures.

Sagittarius aims far, farther than the stars his arrow points to.

Sagittarius is here to inform us that the sky is not the limit!

Sagittarius reminds us that possibility lies beyond what we can see; that we can achieve anything if the target is aligned with integrity and our life’s purpose. Those feelings of excitement that fire deep within us when we identify a goal are Sag’s way of reminding us that we can do more; that there is a reason for our existence on this planet. I think it is our responsibility to move forward on our dreams – the world needs what each of us is uniquely here to offer.

Make 2019 the year that you seek meaning and purpose. It may be for the first time in your life or maybe you’re at a threshold where it’s time to write a new chapter in the book of your life. Whatever – just do it!

The universe rearranges itself to accommodate your picture of reality. It’s the physical law of action and reaction. So, shoot higher than you’ve ever imagined possible.

If it is your dream to help people improve the quality of their lives – as well as your own – take advantage of this opportunity:

Take a short quiz and see if reflexology might just be your path, as it was mine. If you decide not, then keep your eyes open – Jupiter will deliver! 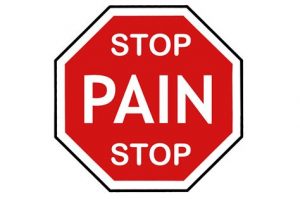 The statistics in the USA regarding the prevalence of chronic headaches within the adult population are staggering and relatively unchanged over the last 20 years.

* One in six Americans report living with chronic severe headaches. [i]

In the most recent study I could find on migraines and severe headaches (2018), I read the following conclusion:

“Severe headache and migraine remain important public health problems that are more common and burdensome for women, particularly women of childbearing age, and other historically disadvantaged segments of the population.” [iv]

If you would like to learn how to transform the lives of people living with head pain and transform a sluggish practice into a thriving, focused business, please join me for an upcoming  Say Goodbye to Headaches workshop.

In addition to designing individualized hands-on session protocols utilizing reflexology, hydro and aromatherapy, you will leave with the materials and skills needed to classify headaches, coach one-on-one or offer small classes in your community to those people who are sick and tired of living with headaches. 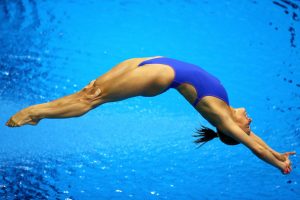 Dive into continuing education. I just did. I spent last weekend with a gifted teacher who inspired me to no end.

Get excited about what you are learning. Tap into and express your gratitude for the privilege of learning. Many in this world are not afforded that opportunity.

Share that excitement and your new skills with clients. Grow your business.

Here is the Academy’s line-up for trainings this year:

Tired of Living With Painful Feet?
January 19th 1 to 3pm
Saint Augustine, Florida
* a free community class for people who wish to learn what they can do to relieve their chronic foot pain
Register: https://bit.ly/2FbqZX7

Visit this link for details and to register for any of the following.

Here’s the link for all the above workshops.

Jenny and I hope to see your shining face at one of these events! 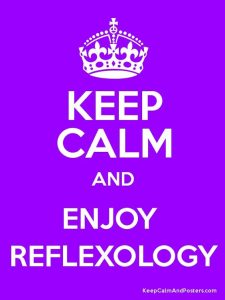 Thousands of people will attest to the fact that reflexology feels good, but what exactly is going on in the body to elicit those comments

turns out that the human body is blessed with the ability to create its own feel-good, happiness hormones that tells us that a blissful existence is state with which we were all blessed.

It is also true that we live in a world that often short-circuits our natural biology, producing stress neurochemicals instead to help us respond to the daily pace of our modern lives.

There are four primary categories of hormones produced in the brain that cause that good feeling we all crave. They can be referred to by the acronym DOSE (dopamine, oxytocin, serotonin and endorphins), and it turns out that reflexology and certain other forms of bodywork set in motion the production of these happy drugs.

So, let’s get familiar with those drugs!

Dopamine is a chemical messenger secreted in anticipationof a reward. It drives our motivation to take action towards something we want.

Try sending an email or text reminder prior to your clients’ appointments to help fuel that surge of dopamine. Suggest they get a head start on feeling relaxed and rejuvenated by imagining, as they are driving to their appointment, how good they will soon feel when on your table receiving reflexology.

If the session produces noticeable results, remind the client to make note of their reduced headache, anxiety level, or whatever the complaint was as they drive home. That will stimulate the release of even more feel-good dopamine.

Research has shown that touch stimulates oxytocin release, reduces cardiovascular stress and improves immune function. Some of those same studies have also indicated that bodywork intent on relaxing(such as reflexology) enhances oxytocin release more than vigorous, deep-tissue forms of bodywork.

So, as you wrap your hands around your clients’ hands and/or feet, you might want to acknowledge that you are literally offering a loving oxytocin-charged hug! And, if it feels appropriate to you, perhaps you might want to offer a post-session hug to stimulate an even greater feel-good buzz before they leave your office.

Serotonin, another mood-boosting neurotransmitter, influences the production of that feel-good hormone dopamine. Coincidentally, one of the most effective ways of increasing serotonin is through bodywork. (The other two natural ways are exercise and social bonding.)

How often have you smiled to yourself when you witness a client fall asleep on your table? You can thank serotonin and reflexology for that snoring. Your touch just increased the production of serotonin, a key contributor to sleep.

The endorphins are the body’s version of morphine and codeine. They are released when we encounter real or perceived pain, threat or other stressful situations. They work alongside serotonin to help alleviate anxiety and depression.

Researchers have discovered that slow, sustained, deep bodywork best stimulates the release of endorphins in the body. That discovery confirms to me the importance of offering a thumb-walknot a thumb-racein my reflexology sessions, and to make firm deliberate contact with ‘each step’.

Feel-good chemicals, such as dopamine, oxytocin, serotonin and endorphins, motivate people to take steps toward what’s good for their survival. They entice people to return to your table for more, and that’s good, because… regular reflexology can tilt the balance from stress towards relaxation and healing.