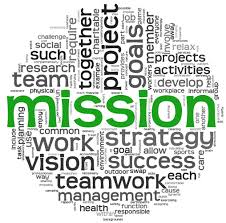 A mission statement is a public declaration of who you and your business are. It’s why you exist. It’s your values, what you stand for, your promise to the public.

Your mission statement is the foundation upon which your entire business is built and operates. It’s what you go back to in times of doubt and decision-making. Will this course of action meet our mission? When first creating a business for yourself, or reinventing an existing one, start there.

Read the Academy’s mission statement and then share yours below. Inspire us! 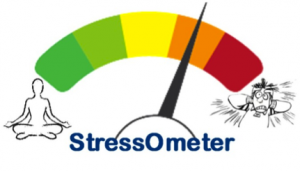 The stress response starts in the brain. When the brain detects a threat – whether real or imagined – the hypothalamus, amygdala and pituitary glands go on alert. They exchange information and then send signaling hormones and nerve impulses to the rest of the body to prepare to respond to this thread. This is often referred to as the flight or fight response. It’s a natural and necessary survival response of the involuntary sympathetic nervous system.

The problem is, the brain cannot distinguish between a “real” threat (someone chasing us with a machine gun!) and a thought that we create or perception we may have about a situation in our lives (“I just know I’m going to fail that test!”)

The body then unleashes a flood of hormones. The adrenal glands react to the alert by releasing adrenaline; adrenaline causes the heart to pump faster and the lungs to work harder so as to deliver more oxygen to the brain and body. The adrenal glands also release extra cortisol and other glucocorticoids, which help the body convert sugars into the extra energy needed to respond to the threat. Nerve cells release norepinephrine, which tenses muscles and sharpens the senses to prepare for action. The eyes dilate, hearing becomes more acute, even the sense of taste and smell increase; all to take in more information regarding this impending and/or perceived threat. Functions considered unnecessary for immediate survival, such as digestion, fighting infections and even feeding an incubating fetus, are all put on hold in order to rally forces to deal with the situation at hand.

When the threat passes, epinephrine and norepinephrine levels drop. If the occurrence of (real or perceived) danger presents too often, continued high levels of epinephrine and norepinephrine damage the arteries, which can lead to a host of health problems. Chronic low-level stress – a condition that many North Americans live in – keeps the glucocorticoids in circulation, leading to a weakened immune system, loss of bone mass, suppression of the reproductive system and problems with memory retention. The statement that stress kills is not too far off.

There’s nothing wrong with this fight-or-flight response; in fact we are hard-wired to have it jump into action when needed. But annoyance with the subway or traffic is not the place. If you want to undo or reduce the effects of perceived and/or thought-induced stress, call on the parasympathetic state to induce the rest and repair state. Stay calm. Relax. Your life depends on it.

Relaxation is the basis of health. There are many ways in which to teach your nervous system to respond to unwanted situations with calm. Reflexology, of course, is one. It naturally shifts the autonomic nervous system from the sympathetic (flight or fight) to the parasympathetic state (rest and repair). The experience of receiving reflexology allows you to feel yourself in a relaxed state; without that experience, it is impossible to induce it yourself at will.

What do you do on a regular basis to teach your brain and body to function from a basis of relaxation? 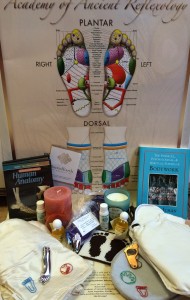 I am excited – actually, ecstatic – to announce that our new website is finally done and mounted! For those of you who have ever created a website (this is my fourth – yes, I am a little crazy!), you know how much time is involved. Trying to do that between teaching, traveling, writing, clients, creating, and just plain having a life is a lot. But, it’s done and I’m very happy with it – thanks to the talents and patience of Neesha Anderson of SunCloud Web Design.

Please take a gander – on any device you prefer. This site is mobile-friendly. Start by clicking on the Home button above. Lots to see, including:

and much more to come!

To entice more people to join our newsletter list, I am running a contest over the next week. Anyone who registers to receive the monthly e-newsletter between today and September 25 is eligible to win a gift package of reflexology and health-related items. And not to exclude those of you already part of the family, a gift package will also be awarded to one lucky member currently receiving the newsletter, if you post a comment below.

I hope you will take a moment to let me know what you think of our new website. 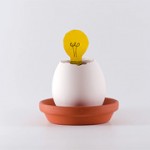 Consumer satisfaction polls from the spa industry (which accounts for 25% of bodywork sessions received in the United States) have revealed two glaring points worth examining. The two most important factors that motivate people to return for future sessions are:

So, how would you rate yourself on these two issues?

~ Do you know how to create an environment of safety? Do you even know what that means in a therapeutic relationship?

~ Have you ever examined the subtleties of boundary violations: physical, emotional, mental and spiritual?

~ Do you project your own preferences regarding pressure onto clients? Afraid you will hurt, so you pull back? Believe that only deep, penetrating pressure makes a difference in physiology, so “lean in” as much as you can? (This is a perfect example of a boundary violation; not being clear on where you end and the client begins.)

In building my practice and business, I always look to what I’m doing – or not doing – when I’m not getting the outcomes I want. I find that more than not, the “problem” is with me, not external circumstances like the economy, a saturated market, lack of awareness on the public’s part or the stars. My own relationship with power and money, my communication skills and the ability to provide a safe environment lay the foundation for my success, not the marketing strategies I employ.

In a desire to help reflexologists and massage therapists struggling with their procurement and retention of clients, I offer proven strategies and insight in the Marketing and Professional Empowerment classes. They’re inspiring, motivating and fun! Please join us when you’re ready to grow your practice. 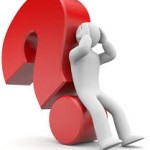 Self-talk. Are you even aware of the messages you give yourself? What might happen if you changed just one word? “Can’t” for “How”?

~ Why can’t I lose weight? vs. How can I be more healthy?

~ Why am I always so broke? vs. What do I need to do to create and keep more abundance in my life?

~ Why is business so slow? vs. What steps can I take to create an awesome experience for my clients that they will want to tell others?

~ How can I get more clients? vs. How can I add more value to my community?

~ How can I sell more gift certificates? vs. How can I interest my clients to give the gift of health to their family and friends?

~ Why are my clients always late? vs. What am I doing that encourages lateness?